Electric vehicles: Are they meeting expectations?

While the quality of the air in our towns and cities is improving, and has been doing so consistently since the 1970s, there is still much work to be done until it reaches the target levels set by government. As such, the government has initiated a range of national and regional policies to encourage industry operators to decarbonise their fleets. To guide future decision making, in August 2019 the Department for Transport (DfT) teamed up with FTA, the voice of the logistics industry, to carry out a study into how operators are responding to decarbonisation policies, and to hear about the realities of introducing electric vehicles into commercial fleets.

Compromised of thirty FTA members, participants in the study ranged from local operators to large international fleets, with participants from various sectors including haulage, retail, public authorities and waste disposal. In this article, Denise Beedell, FTA’s Policy Manager for Vans and Urban, gives an overview of the key findings and details FTA’s viewpoint on the need for further action from both government and manufacturers.

According to the study, the biggest concerns facing EV operators are charging facilities and battery capacity. While average mileage ranges appear to be similar to EV manufacturers’ claims, many respondents found that the actual minimum mileage range delivered by today’s EVs is much less than stated. Operators also report inexplicable day-to-day battery range variations, as well as a significant mileage reduction when the vehicles are fully laden. Early adopters also found that the battery range decreased in bad weather. This is frustrating for operators, as it leads to lower supply availability and higher costs, especially during the winter months when there is already increased demand for electricity during shorter and colder days.

Another primary consideration for EV operators is supply availability; many worry the lack of grid capacity will present a serious issue if they were to convert their entire fleets. In the view of FTA, the grid needs significant reinforcement to handle the increased energy requirements that come as a result of government encouragement to decarbonise fleets. It is inequitable to expect vehicle operators to foot the entire bill for upgrading the grid to comply with government-mandated policies; a fairer way of funding the necessary upgrades must be found, in the view of FTA.

In the meantime, Plymouth City Council has announced plans to partner with E-Flex to become the first council to trial bi-directional charging. Aimed at relieving pressure during peak usage, this innovative scheme involves taking electricity from the grid to charge the vehicles then releasing it back when not in use. Should this be successful, considerations must be made as to whether this would act as a short or long-term solution.

Grid capacity is not the sole charging concern among respondents. According to the study, operators in rented premises are experiencing long lead times to install charging infrastructure, with some landlords seeking changes to contracts; many are also imposing charges to do so. Purchasers of second-hand EVs are also facing further costs; there are no grants available for the installation of charge points for used vehicles. This will have the greatest impact on small businesses, which are more likely to rely on the second-hand market due to budget constraints, impairing their ability to upgrade their fleets.

However, there are positives to be gained from this study. While initial acquisition costs are still high, operators of smaller vans report that when you consider the cost of fuel, maintenance, road fund licenses and emission zone charges when operating in London, electric vehicles are actually cheaper to run. However, operators are finding the process of taxing their EVs and applying for grant funding complex and inconsistent. In the view of FTA, the government must look at the regulatory framework covering all aspects of electric and alternatively-fuelled vehicles. It must ensure the regulations for commercial vehicle operators are straightforward, consistent and achieve the desired policy objectives of decarbonising the UK’s fleet, without unintended consequences or damage to this vital sector supporting the UK’s economy.

Respondents have also expressed their frustration with the limited vehicle-type choices available, with many calling for a wider range of models to be developed, including tippers and pick-ups with enclosed cabs. And, with European manufacturers concentrating on panel rather than chassis vans, many operators have resorted to aftermarket coachwork modification to provide more flexible body styles.

Furthermore, while electric light commercial vehicles (LCVs) are on the rise – by the end of 2018 there were 5,395 plug in electric LCVs registered on the UK’s roads – the study shows that operators feel there is still a lack of heavier 3.5/4.25 tonne models, a belief echoed by FTA. As a result, FTA is calling on manufacturers to provide clear timelines for when heavier vehicles will be readily available on the market.

Overall, while there is a strong desire among operators to ‘do the right thing’ and transition to electric, issues regarding grid capacity and infrastructure costs in particular are preventing mass market consumption. And, as a result, many operators are opting for hybrids as a short-term solution. With much concern among operators that government policies are being introduced too soon to work with vehicle replacement cycles, FTA will continue to consider its members’ needs and offer advice to DfT on these crucial issues.

Efficient logistics is vital to keep Britain trading, directly having an impact on more than seven million people employed in the making, selling and moving of goods.  With Brexit, new technology and other disruptive forces driving change in the way goods move across borders and through the supply chain, logistics has never been more important to UK plc.

A champion and challenger, FTA speaks to government with one voice on behalf of the whole sector, with members from the road, rail, sea and air industries, as well as the buyers of freight services such as retailers and manufacturers. 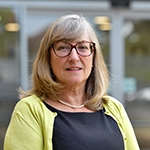 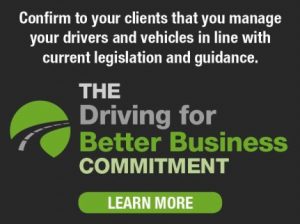